Turmeric (Curcuma longa) is a rich and aromatic spice popular in Indian and Middle Eastern cuisines. But on top of its uses in the kitchen, turmeric also has medicinal properties that render it a potent natural medicine for numerous ailments, from sprains to arthritis. 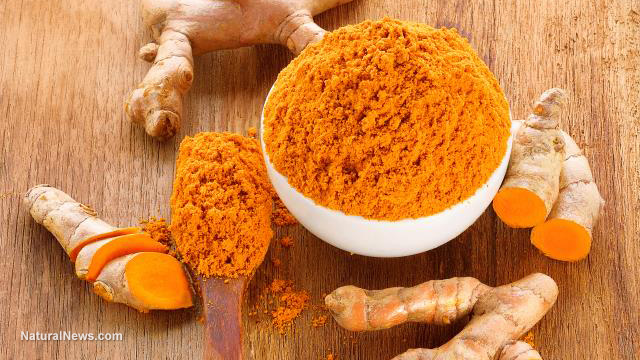 In fact, recent studies on turmeric indicate that turmeric is a promising medication for pain relief among arthritic patients, according to a pair of researchers from Duta Wacana Christian University in Indonesia.

The pair examined the results of randomized controlled trials (RCTs) on turmeric and arthritis pain. Their findings are published online in the Asian Journal of Pharmacy and Pharmacology.

To examine the reported benefits of turmeric on arthritic pain, the researchers gathered a total of seven RCTs on the subject. The RCTs involved included different types of arthritis. The researchers did not include those that featured other species of Curcuma.

Upon analysis of the overall quality of the results reported by the studies, the researchers found that C. longa proved to be more effective in reducing pain among arthritis patients compared to placebo and non-steroidal anti-inflammatory drugs (NSAIDs).

Furthermore, none of the studies reported serious side effects after turmeric consumption for arthritis treatment. This suggests that turmeric is both a potent and safe natural medicine for arthritic pain.

The researchers note that C. longa is a safe choice for arthritic patients in need of painkillers in the long run. (Related: Green tea, turmeric and more: 12 supplements and herbs that can naturally relieve pain caused by arthritis.)

Turmeric is often studied in regard to its promising effects on arthritis. For the most part, this is because of its potent organic compounds found to be capable of suppressing inflammation and easing pain.

In fact, the Arthritis Foundation recommends taking turmeric or curcumin supplements for the management of arthritis. Curcumin, the ingredient in turmeric responsible for its golden color, is capable of suppressing inflammation and easing pain.

But turmeric and curcumin supplements, although potent, are best consumed alongside other turmeric-containing foods and drinks to make the most of their natural anti-arthritic properties.

Arthritis is a long-term condition that can cause inflammation, pain and stiffness in the joints and surrounding tissues. But a large body of scientific evidence suggests that turmeric and its major compounds, like curcumin, can help ease arthritic pain and inflammation.

Read more articles about the medicinal uses of turmeric and curcumin at Turmeric.news.