The lymphatic system serves as your body’s waste center, getting rid of infections and dead cells found in tissues. It’s incredibly complex, and if it malfunctions, it can lead to some serious conditions and diseases.

In this article, we’ll take a look at the lymphatic system, how it relates to sleep, some conditions involving this system, and review a similar system called the glymphatic system. Along the way, we’ll talk to medical experts about how you can properly maintain each system.

Before we begin, please note that we at Sleepopolis aren’t medical experts, so this content should not be construed as medical advice. Medically related questions should be directed to your healthcare provider. 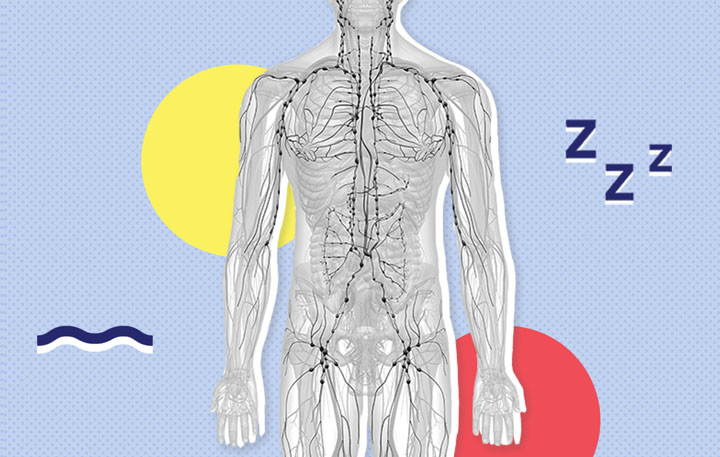 The National Cancer Institute (NCI) describes the lymphatic system as a set of vessels and lymphatic tissues that transport lymph from your body tissues into your bloodstream. (1) The National Institutes of Health NIH, describes lymph as a fluid that holds waste, such as dead cells. Dr. Kim Langdon of Medzino says that lymphatic fluid “moves through the system via muscle contractions and valves that close to prevent fluid from flowing backward.”

Multiple dangerous conditions and diseases are associated with the lymphatic system. Let’s take a quick look at three: Lymphadenopathy, lymphedema, and lymphoma. 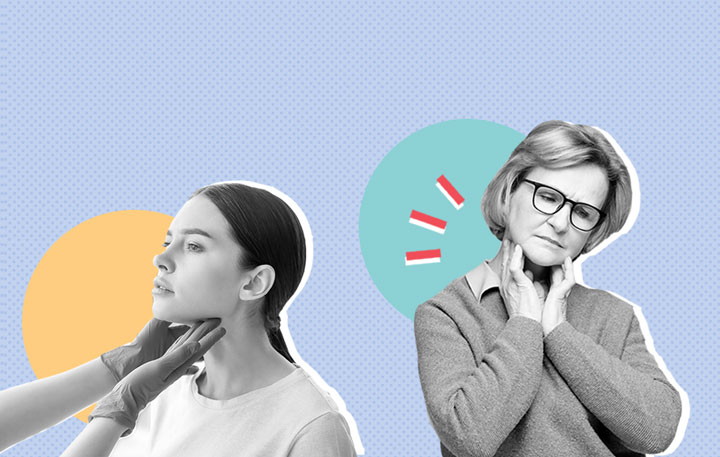 According to a 2014 study in the Iranian Journal of Medical Sciences, lymphadenopathy is characterized by the abnormal size, consistency, and number of lymph nodes. It also states that the neck region of the spine is the most common site for lymphadenopathy, regardless of the person’s age. (7)

The National Library of Medicine says that if the lymphatic system is not functioning as it should, swelling in the form of lymphedema can occur in your body’s soft tissues. (8) According to the Centers for Disease Control and Prevention (CDC), lymphedema increases your risk of infection where swelling occurs, since it stops cells that prevent infection from accessing that area. In addition, lymphedema can cause wounds to heal more slowly. Soreness and skin deformation may also accompany lymphedema. (9)

According to the NCI, lymphoma is the term for cancer that starts in the lymphatic system. There is currently no information regarding the prevention of this disease. (10)

A study in The Lancet states that Hodgkin’s lymphoma, even if it’s advanced, can typically be cured in the majority of patients. Treatment results continue to improve, leading to high cure rates. (12) 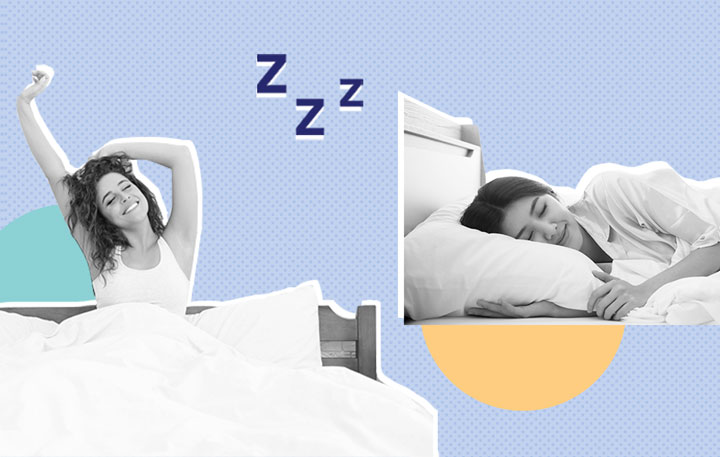 The University of Rochester Medical Center agrees, saying that the deeper the sleep, the better it is for the glymphatic system. It notes that sleep deprivation or poor quality of sleep can inhibit the glymphatic system, which can heighten the risk of developing Alzheimer’s disease. (14) This is because the liquid around your brain and spinal cord flows more profusely when you are asleep. While asleep, the brain restores itself in part by using the waste removal function of the glymphatic system. (15)

Taking Care of Your Lymphatic and Glymphatic Systems

Dr. Langdon recommends drinking plenty of fluid, which means consuming enough for your urine to come out light yellow or clear. According to Australia’s Victoria State Government, men and women should drink 10 and 8 cups a day, respectively. (16)

Dr. Peter Bailey of Test Prep Insight agrees, saying water consumption is the best way to properly care for your lymphatic system. He says dehydration can cause your lymphatic system to improperly process toxins, bacteria, and viruses. According to Dr. Langdon, drinking enough water helps move the lymphatic fluid so that your body can dispose of it.

The CDC recommends exercising at least 150 minutes a week. (17) Dr. Langdon agrees, saying that it’s best to exercise three to five times a week. This would mean either 50 minutes a day for three days or 30 minutes a day for five days out of the week. Doing so allows the muscles to move the excess tissue fluid back to the heart for removal.

Dr. Bailey says lymph nodes do not properly process toxins when we are stressed. He recommends going for a walk, practicing yoga, or meditating. By controlling your stress levels, your lymphatic system benefits because it will be processing waste more effectively.

Get a Manual Lymphatic Drainage Massage

According to the US National Library of Medicine, getting a manual lymphatic drainage (MLD) massage can promote fluid movement in the lymphatic system. This is a specialized form of physical therapy, and it involves applying pressure and stretching specific parts of the body to encourage movement of lymphatic fluid. MLD massages can promote healing, help with pain, and decrease swelling. (18) 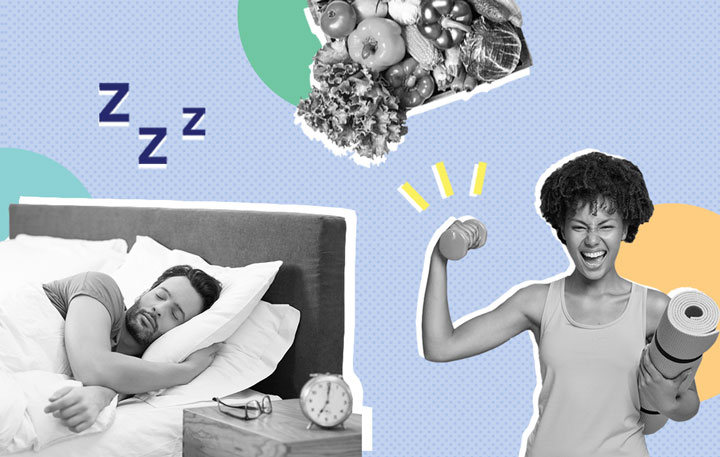 According to the CDC, the amount of sleep you need is going to depend on your age. Adolescents represent the most sleep deprived population by age in the US, according to the CDC’s Healthy People 2020 report. (19) This group requires between 8-10 hours of sleep per night, but only one-third of adolescents get the minimum on average. Adults between the ages of 18 and 60 typically need at least seven hours of sleep per night. Folks between 61 and 64 should get between seven and nine hours of sleep, while people who are 65 and older should get on seven to eight hours. (20)

The National Heart, Lung, and Blood Institute (NHLBI) says sleep is important for guarding your physical and mental health. They say that when we sleep, our bodies are working to maintain a healthy brain and body. (21) According to the National Institute of Neurological Disorders and Stroke, sleep removes toxins from your brain that build up during your waking hours. (22) The NHLBI says that consistent sleep deficiency can increase your risk for chronic health problems and negatively impact how well you think, learn, and work.

Sleep On Your Side

A 2015 study in The Journal of Neuroscience found that waste removed from the glymphatic system was most efficient when lying in the lateral (side) position. (23) Pillow top mattresses are great for side sleepers. When finding the right pillow top mattress, you should take into account how it alleviates tension so you can get the most comfort from your bed. As Dr. Langdon notes, quality sleep can help your lymphatic system drain the necessary fluids.

According to Dr. Bailey, eating foods high in alkaline, such as spinach and kale, can help with lymph filtration. He says, “High-alkaline foods do not produce acid in your body like some other food types, which can help with circulation and filtration of lymph throughout your lymphatic system.”

Remember that sleep impacts your lymphatic and glymphatic systems. Staying hydrated, exercising, getting an MLD massage, getting enough sleep, and sleeping on your side are all ways you can support these systems. Please keep in mind that we’re not medical professionals, so be sure to consult your healthcare provider if you have concerns about your lymphatic system.