It’s time to consider the possibility that industrial farming with its focus on chemicals such as glyphosate and glufosinate have played an important role in creating drought and other severe weather patterns.

The term microbiome can be misleading because it conjures images of things so small and insignificant that, in relation to macroscopic phenomena, they are literally invisible. These ubiquitously distributed bacteria collectively constitute together something of a globe-spanning organism, and their collective power to affect changes in the planet’s climate may be far more profound than any of us imagined.

For instance, it is now known that the atmospheric microbiome actually regulates rain and snow formation and precipitation. In fact, Earth is surrounded by microbes and the products of microbes flying from land to sky and back to land. A recent article explains how “Over land outside the tropics, only 1 percent of rain events involve ice-free clouds, according to the new study.” And what is the most significant rain-making bacteria identified to date but an ice-nucleating bacteria called Pseudomonas syringae?  Perhaps it would be more accurate to speak of these bacteria in the atmosphere in toto not as a microbiome but an “atmospheric macrobiome.”

Chances are you’ve never heard of rainmaking bacteria even though the concept has been around since the 1970s. You may not have known about microbes living in the atmosphere or about bioprecipitation. And you probably thought Native American and African rain dancing isn’t real. But gather a large group of people to kick up enough dust and this ancient ritual begins to make sense. An interesting modern example of this phenomena comes from a tea plantation in Western Kenya, notorious for its incredible volume of hailstorms. In 1982, Russell Schnell, a University of Colorado student, discovered that tea pickers kicked-up particles carrying P. syringae leading to 132 days of hailstorms in just one year. 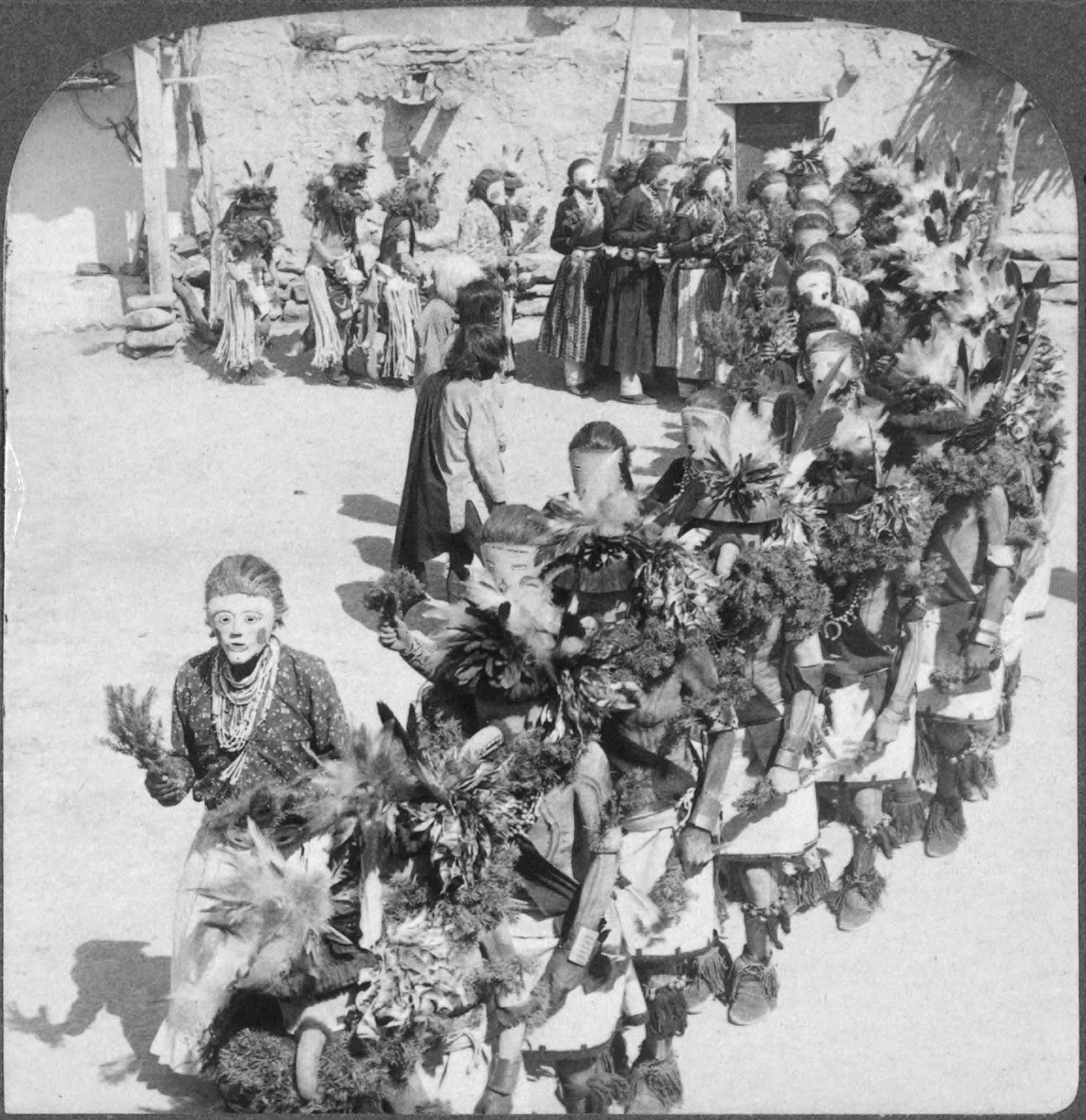 Now that we know about our rainmaking friends, it appears we should protect them instead of inhibiting their crucial work watering the planet. This may be the best reason to buy organic produce and promote natural farming methods. It’s time to consider the possibility that factory farming with its focus on chemicals such as glyphosate and glufosinate have played an important role in creating drought and other severe weather patterns. Meanwhile, crews are battling wildfires in California and Montana due to drought.

Few people realize that, just as there are bacteria in the soil and in the gut, there are also bacteria in the clouds. Bacteria are able to collect water vapor which could seed cloud formation. It’s possible that they play an important role in moderating the world’s weather. Since glyphosate is known to disrupt soil bacteria and gut bacteria, it’s logical to assume it could disrupt cloud bacteria as well. This might even be an important factor in the recent California drought. These ideas are speculative, but they are well deserving of deeper research.”

Many kinds of microbes play a role in bioprecipitation where most rain begins with formation of ice in clouds. The organism best known for its role in ice production both on land and in clouds is the bacterium Pseudomonas syringae. These microbes are known as ice nucleators, found in rain, snow and hail everywhere on Earth. The bacteria use their membrane ice-nucleation proteins (INPs) to form ice at relatively warm temperatures:

The rain making bacteria are viewed as pathogens by the modern farming industry because of their ability to cause frost damage to crops. They do this in order to gain access to plants as their food supply. Our challenge is to identify acceptable farming methods, protecting both rainmakers and crops.

The herbicide glufosinate used on almond farms in California is known to significantly reduce rainmaking bacteria. Bayer’s glufosinate is used in tandem with and as an alternative to Monsanto’s glyphosate (Roundup) for weed control. Resistance to glyphosate is creating a larger market for glufosinate.

Glyphosate is persistent in the environment, commonly found in air, rain, groundwater and rivers. Exactly how glyphosate affects the function of rainmaking bacteria appears unknown and overlooked. One paper found growth of P. syringae completely inhibited by glyphosate under certain conditions. 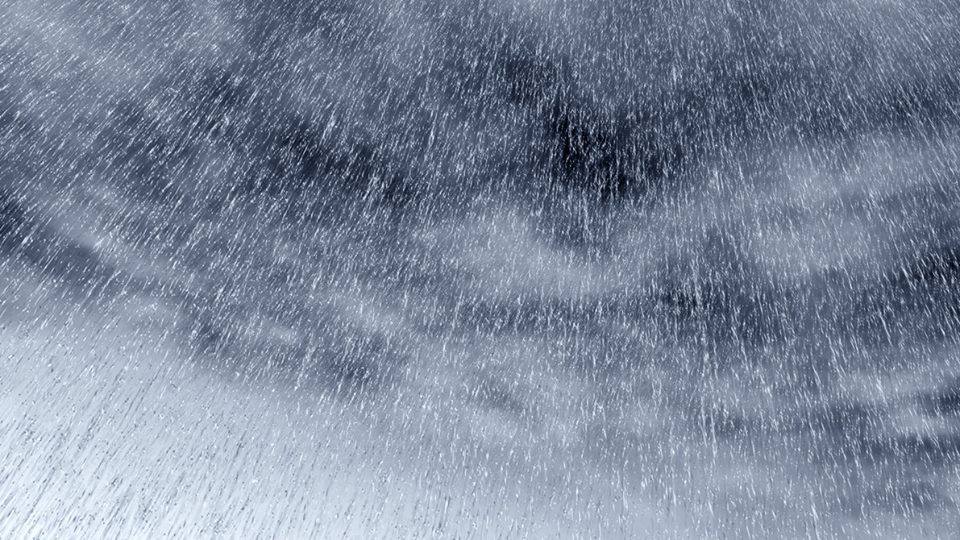 Questions come to mind such as: which kinds of crops do rainmaking bacteria like best? And is air pollution including CO2 and sulfur dioxide (antimicrobial and used for growth; also causing acid rain) leading to dysbiosis of the atmospheric microbiome? Are we lowering counts of rainmaking bacteria via a process of competitive exclusion where other microbes outcompete rainmakers?

The problem is similar to that of gut dysbiosis on the rise where pollution, poor diet and medical choices including antibiotic abuse skew intestinal microbial balance leading to metabolic syndrome and neurodegenerative disease. Indeed, air pollution is now strongly associated with type 2 diabetes, possibly due to particulates and microbes traveling from lungs to intestines.

So, what will be the fate of the rainmaking bacteria as its natural habitat is altered or destroyed and agrochemicals increasingly target it as a “pathogen”?

A recent article published in the International Research Journal of Biological Sciences expands on this question:

The occurrence of rain and snow has become more extreme and locations are becoming more and more polarized, although it still rains and snows more or less. There is over heavy rainfall where physical conditions allow it and drought where they don’t. This could be partly due to reduced habitat for rain-making bacteria such as P.syringae. In the past there is nothing to control the growth and reproduction of  P.syringae. So it grows and reproduce as it likes and makes rain in its presence. But now the ability still exists, but probability of it is much lower, as the host plants are disappeared or protected with pesticides. The use of pesticides for industrial agriculture’s all over the world with the aim to destroy P.syringae, industrial is reaching in different parts of the world which destroyed grasslands even the acres of Amazonian jungle which hosts bacterial colonies.”

The article also revealed that in 1977, Dr. Steven E. Lindow discovered a mutant strain of P. syringae whose ice-making gene was deleted (i.e. “ice minus” P. syringae), and which he also later recreated using recombinant technology. Despite GM technology being highly controversial at the time, these GMOs were released into the environment. While the GMO ice-negative strains were incapable of causing frost damage in plants, they were also incapable of stimulating rain. They naturally compete with the wild-type P. syringae, and have a competitive advantage insofar as they do not depend on native species of plants for their survival which are increasingly being destroyed in favor of hybridized and/or GMO crops that are resistant to agrochemicals that also kill and inhibit P. syringae. This tips the scales in favor of the non-rainmaking strains overtaking those which do make rain. 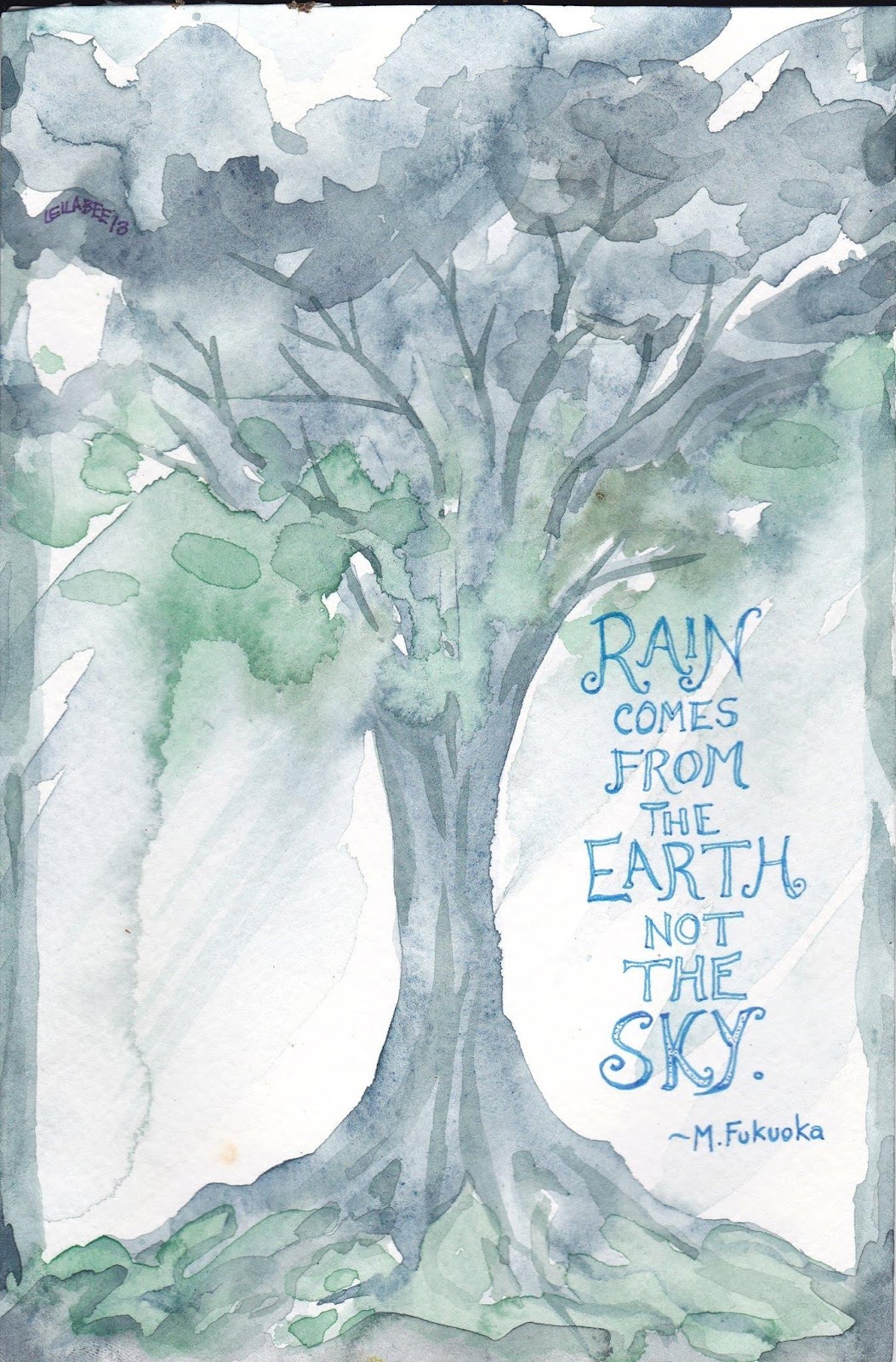 Now that we know 99% of rain is generated in ice clouds and that bacteria are responsible for ice production, how can we justify reducing their numbers with agricultural chemicals? The general health of Earth and all its species is dependent on microbial balance. Whether or not it rains and snows appears to be hanging in the balance.

For additional information about the phenomena of anthropogenic alterations in weather patterns read the following article, “Artificial Weather Revealed by Post 9-11 Flight Groundings,” or learn about Artificial Clouds.