“We are all connected. We can’t just build a wall or a fence and say no more. This is America. Our doors are open.” These are the words of U.S. House of Representatives John Lewis, (1) one of many democrats who seem to be stampeding over each other to see who can offer the most enticements to accelerate the flood of illegal aliens sweeping across America’s border.
Those enticements include not just free housing, free health care, free food and free legal representation, they now include the federal government purchasing a massive luxury resort to house illegal children, sporting luxury swimming pools, tennis courts, fitness centers and free wi-fi. (2)
The mantra of democrats has suddenly become one of claiming America should no longer have any borders at all. Every adult or child from anywhere in the world, regardless of their criminal background, should be welcomed to America and deposited on the streets of U.S. cities, the democrats say. This is all being done in the name of “compassion,” because America is supposed to be a nation that cares about people. Thus, the economic costs of managing such an influx is irrelevant, we’re told, because compassion knows no limits of expenditure.

It’s a touching argument, but of course it’s entirely fabricated. And proof of that is found in the fact that all this compassion does not extend to America’s existing homeless children and adults who suffer right now on our streets. According to the National Law Center on Homelessness and Poverty, 3.5 million Americans will experience homelessness this year. Astonishingly, 1.35 million of those people are American children. (5)
Where is the urgent call by democrats to help these impoverished Americans? Or, better stated, why do democrats value illegal immigrant children more than American children?

Right now, economic impoverishment is spreading like an economic cancer across America, with over 50 million Americans dependent on food stamps and one in six New Yorkers facing starvation. (4) Shouldn’t helping our own people take precedence over paying for the world’s impoverished to trek to America and be showered with the very same benefits that are denied to our own citizens?
America’s veterans, too, are thrown out on the streets by democrats, who seemingly never have the heart to acknowledge their contribution to our history and our national security. In a nation where democrats are rolling out the red carpet to illegals, our own veterans are dying by the thousands after being routinely denied urgent health care services by VA hospitals.
A whopping 40% of homeless veterans are African-American or Hispanic (3), demonstrating that the very same minorities the democrats claim to protect will be abandoned once they take on a role in society — the soldier — that democrats dislike.
While illegals will be housed in luxury resorts and given free benefits at any cost, American homeless are utterly ignored, left to sleep in cardboard boxes while receiving no health care whatsoever. 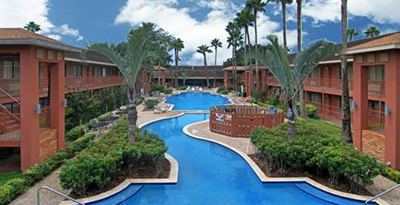 (The photo you see on the right is an actual photo of the luxury resort being purchased by the federal government to house illegal immigrants while American veterans go homeless.)
Where is the democrats’ compassion for homeless veterans? If government shelters are wide open for refugees and illegals, why aren’t they open for homeless veterans? Why can’t veterans who need shelter live in the luxury resort being purchased by the government to house illegals? Where is the free food, free health care and free legal representation for our own men and women who served in uniform?
It’s nowhere to be found. Helping homeless veterans, you see, doesn’t support the political support base of the democrats who know that most soldiers tend to vote for conservatives. So because of their political beliefs, veterans are abandoned while future voters from socialist-leaning countries are rushed across the border and lavished in a shower of free benefits. (This is really a policy of flooding future polling booths with reliable socialist voters while making sure all voter ID laws are kept suppressed so that illegals can vote in every election.)

Selective compassion is motivated by politics, not humanitarian truth

To no one’s surprise, democrats’ compassion turns out to be highly selective. They are primarily compassionate to those they see as being future democratic voters, not the Americans already in dire need of food, medicine and shelter who survive in our streets right now, this very minute.
Those homeless — which include many veterans — are utterly forgotten by the democratic party in their rush to dismantle national borders and attract a flood of future voters, regardless of the cost to our hospitals, public schools, national security and state budgets which are already strained to the limit.
It’s one thing to publicly announce that we should financially support all the world’s children; but it’s quite another to ask the American people to set their own children aside at the hospital emergency room because all the doctors are “already busy with migrant children.” It’s easy to talk about being compassionate, but the expenditures needed to support those children are of course added to the debt burden of the American taxpayer.

Right now, Obama is demanding billions of dollars in taxpayer funding to cover food, transportation, legal and medical costs of illegal immigrant children. That money is of course owed back by the U.S. taxpayers who already can barely afford to pay for their own housing, food and health care. This insane idea among democrats that American taxpayers have an unlimited ability to pay for all the needs of all the world’s children is the epitome of economic ignorance.
But it’s a perfect reflection of the kind of delusional thinking that now characterizes the Obama administration as a whole. Swept into office under the banner of “hope and change,” Obama has actually delivered a nation teetering on the brink of a social revolt, steeped in runaway public debt, rife with millions of new unemployed Americans and careening toward what even the liberal media now calls a “police state tyranny” (i.e. TIME Magazine, Mother Jones News, etc.).
The delusion that we can all get something for nothing has been shattered, and in its place the politicians can offer no real solutions to American voters, so their only play is to now flood the voter base with socialists, much like telling 500 people on an overloaded ocean ferry to “run to the left!” The capsizing of the entire system is now inevitable. America will soon run out of lenders and the era of free debt creation will come to a crashing close. When that happens, we will ALL be victims of government ineptitude, regardless of our race, color or country of origin.
When that day comes, which nation will bail out all the American refugees attempting to escape their own police state governments steeped in corruption and criminality? No one, of course. No other country in the world is foolish enough to pretend it can financially cover all the world’s social problems. Only the United States of America, in its last desperate surge of political insanity, is obtuse enough to attempt such insanity.

FREEDOM is the solution to ending human suffering

What should we do right now to solve this problem? Realize the world is full of suffering and that the single most powerful solution to help the people of our world is to spread liberty and freedom worldwide.
Where freedom grows, corruption, tyranny and destitution fades away. Freedom is the answer to helping these children because you have to realize that what they are all fleeing in these countries is really bad government. When governments go bad, people suffer and become refugees. But when governments are limited and kept in check by the power of the People, there is economic prosperity, freedom and human happiness.
Notice, for example, that as the U.S. government has become more tyrannical, powerful and militarized in recent years, the U.S. economy has suffered huge downturns in employment rates and economic prosperity. It’s a simple universal truth: the more powerful the government, the greater the suffering of its citizens. And North Korea is the ultimate example: an all-powerful “God” dictatorship under which citizens suffer in the extreme.
The most compassionate thing we can all do for the world is call for universal human freedom and the dismantling of corrupt governments. We can start with dismantling the criminals in our own government and calling for real, meaningful reform in the name of universal liberty for all mankind. From there, if we really care about children, we can launch a morally-justified military invasion of North Korea to arrest its leaders and set its people free from tyranny.
But you sure don’t hear democrats calling for any compassion for North Korean children. After all, they can’t vote in U.S. elections.