This is the heartwarming moment a starving polar bear whose tongue became caught inside a tin can was dramatically rescued.

The female called Monetochka had sought human help after the sharp-edged condensed milk container got wedged to her tongue.

A team of rescuers flew 2,125 miles from Moscow to reach the Arctic port of Dikson, one of the world’s remotest settlements, after the bear seemingly pleaded with residents for help.
Heartwarming video of polar bear being rescued after getting tongue stuck 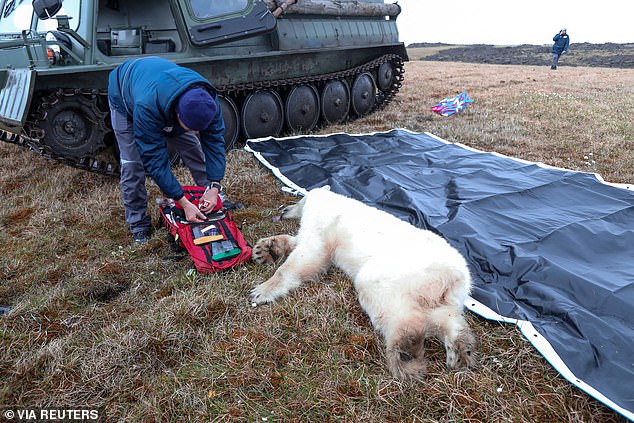 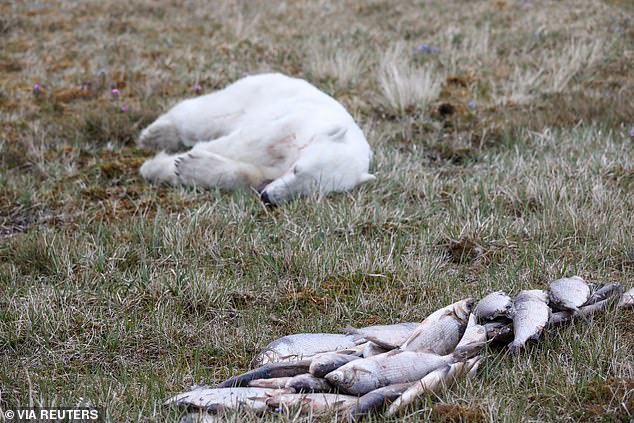 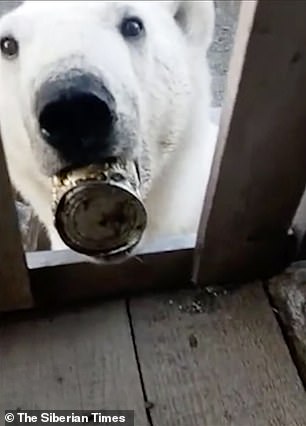 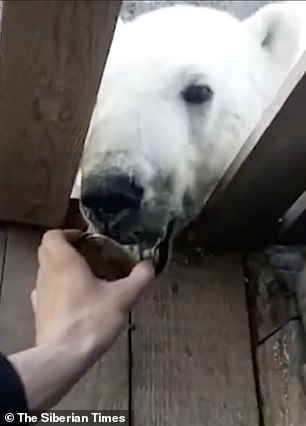 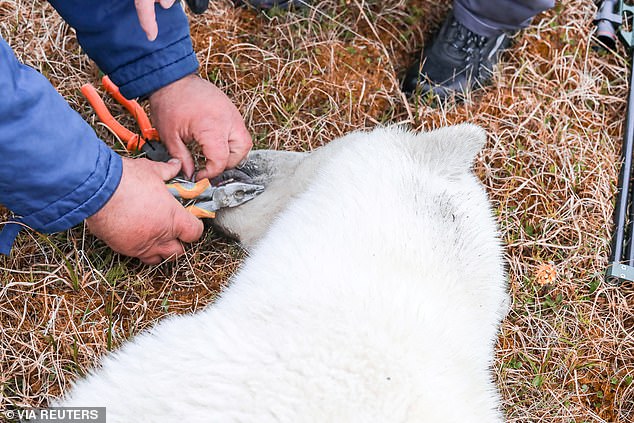 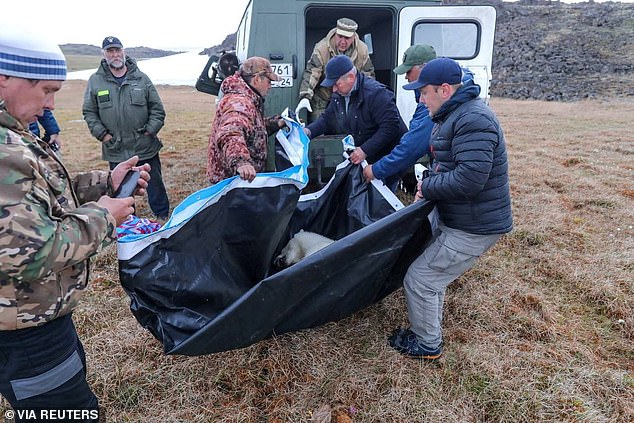 A team of rescuers flew 2,125 miles from Moscow to reach the Arctic port of Dikson, one of the world’s remotest settlements

The video shows how the beast was sedated and then a vet used pliers to remove the tin.

‘The tin got stuck and its lid clamped down on the tongue.

‘The animal spent a few days with a tongue stuck, and the tongue became swollen. The bear was unable to drink or eat.

‘We successfully sedated her, removed the tin, and gave antibiotics and anti-inflammatory medications.’ 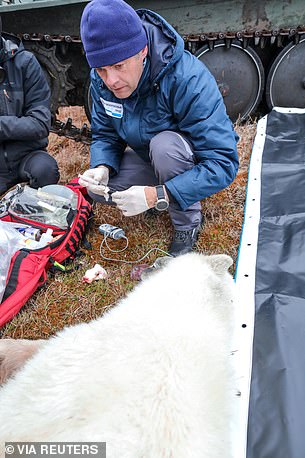 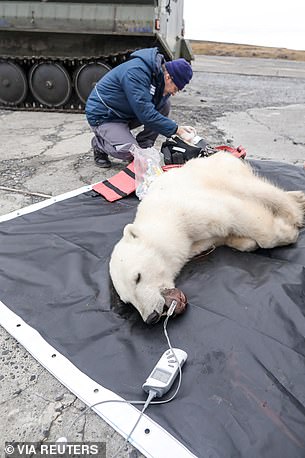 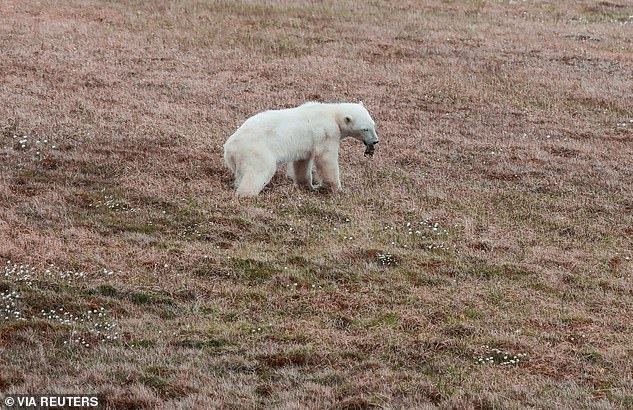 After the surgery to remove the can, the polar bear was seen walking and eating freely 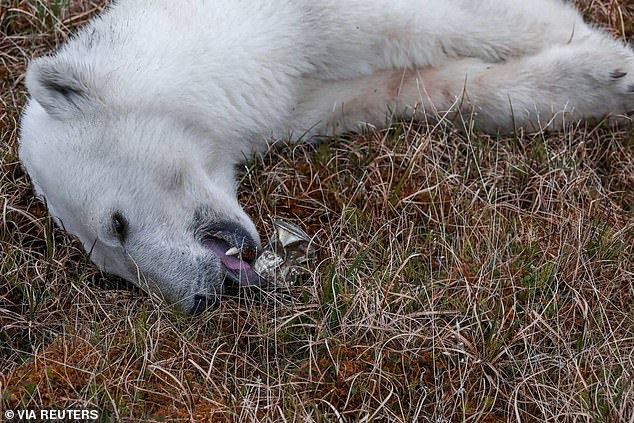 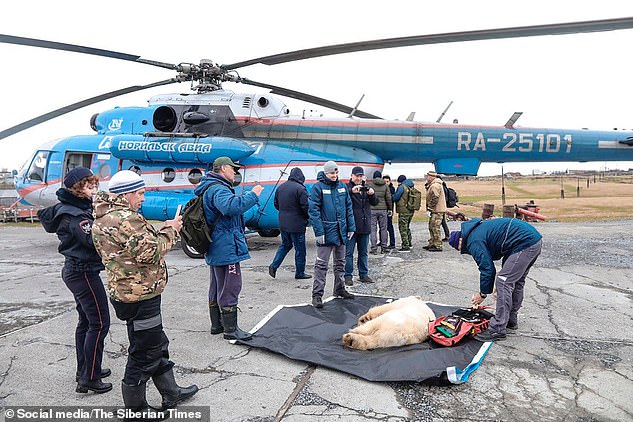 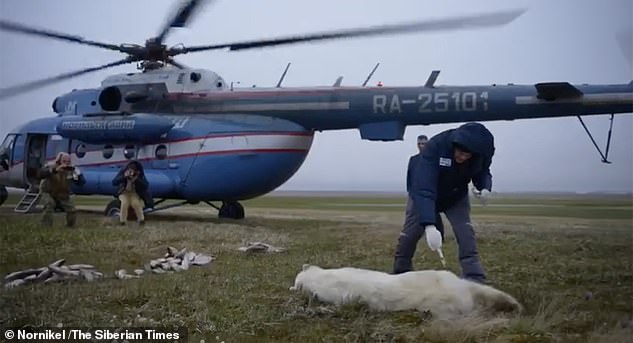 The emaciated bear was then successfully put in a cage and flown by helicopter some 50 miles into the tundra – far away from the homes where it had sought human help.

They left a huge supply of fish to help her recover.

‘We transported the animal to the tundra, and injected it again to wake her up,’ Mr Alshinetsky said.

Earlier a resident of Dikson had tried to remove the tin when the bear came close to his home.

But the metal was wedged too deeply in the frightened beast’s mouth. 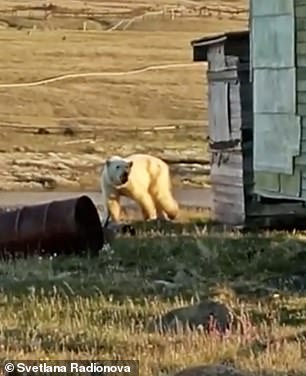 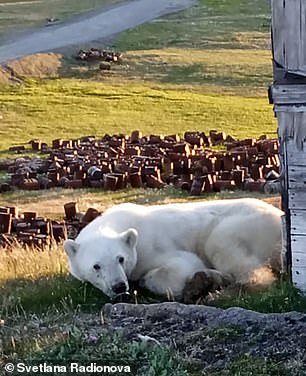 The wild animal pleaded for human help in Dikson, northern Russia, as it has been unable to eat after getting its tongue lodged in an empty can of condensed milk 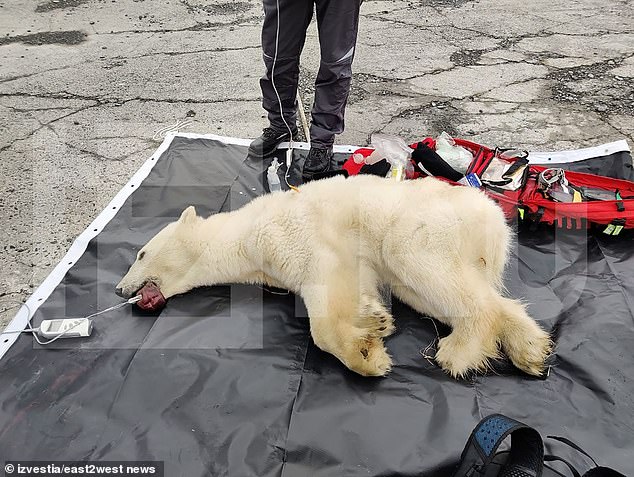 A team of vets arrived at the remote village after a 2,125 mile air and road journey plagued by bad weather and managed to sedate the female polar bear and remove the tin can. 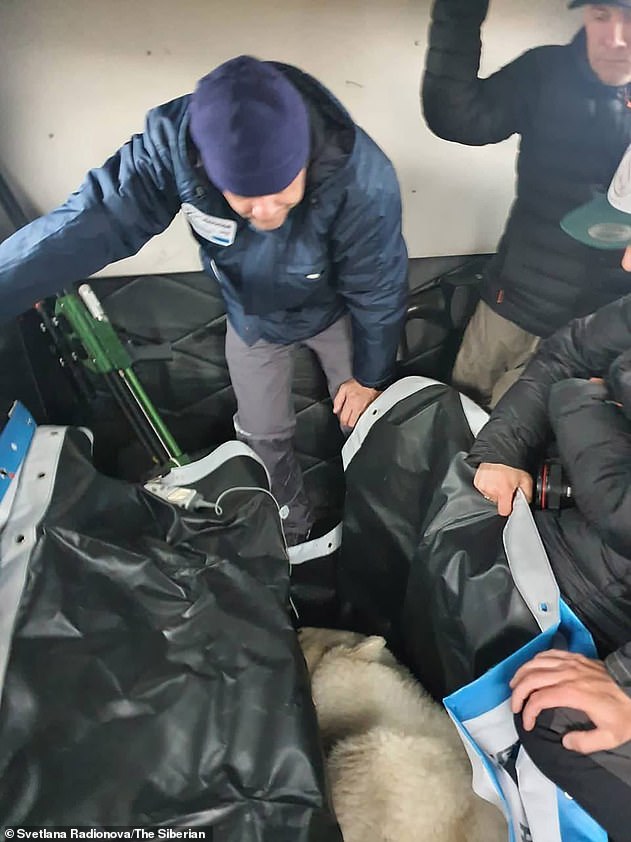 The sedated bear will be monitored for several days, and then returned to its natural habitat

‘Vets managed to sedate her with the first shot, and removed the tin can.

As it came close to people it was plainly scared while also sensing this was its only hope of survival.

Svetlana Akulova, general director of Moscow Zoo, said ‘We have prepared 50kg of fish for the bear to help its recovery.’ 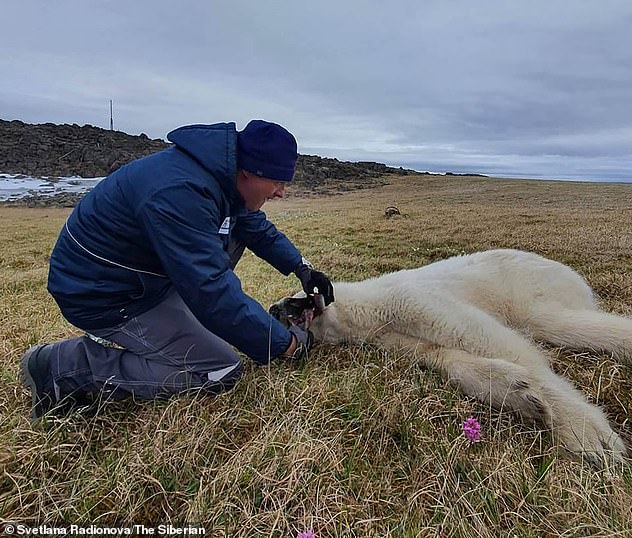 Vets managed to sedate the polar bear with the first shot, and removed the tin can 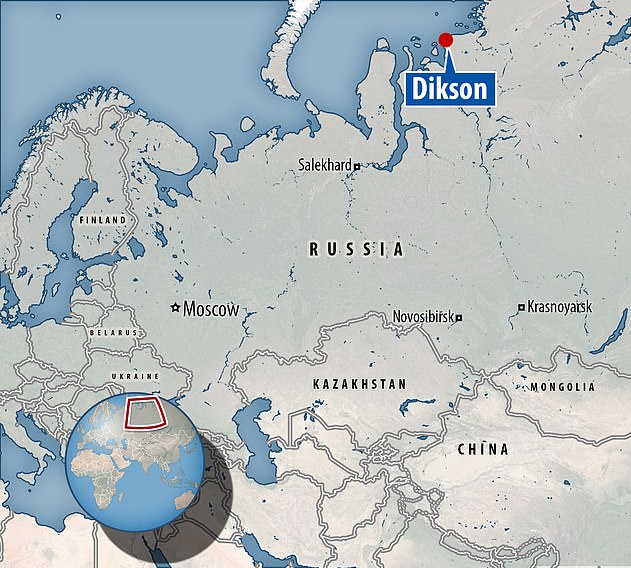 Dikson, with a population of 676, is one of the world’s most northerly settlements, named after Swedish explorer Baron Oscar Dickson

Before the vets arrived the animal was seen with its hind legs shaking from hunger and thirst.

‘The bear got so exhausted with the can it was coming to us and sticking its tongue out,’ said a resident.

‘But it was impossible to help without traumatising the bear, so people gave up.’

The suffering animal walked around the village in search of help.

The beast probably found the tin can at a rubbish dump while scavenging for food.

Dikson – population 676 – is one of the world’s most northerly settlements, named after Swedish explorer Baron Oscar Dickson.

Nornickel – a major Russian nickel and palladium mining and smelting company – funded the rescue and provided the transport.