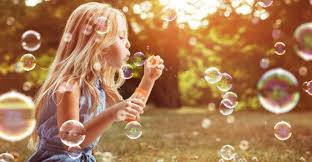 Vitamin D was once regarded as a nutrient important for bone health, but it’s now known that this steroid hormone influences virtually every cell in your body, including those in your brain. Far from just influencing your physical health, vitamin D plays a role in mental health and may influence behavior — even years down the road.

As such, ensuring children’s vitamin D levels are optimized is also important, as a deficiency in childhood may affect their behavior in adolescence, according to a University of Michigan study.1

The study involved 273 school-aged children between the ages of 5 and 12 years, living in Bogota, Colombia, who were part of a larger cohort study that began in 2006 and involved follow-up interviews conducted after six years. Part of the interviews assessed the children’s behavior, and the researchers also checked the children’s vitamin D levels via blood samples that were collected at the start of the study.

Vitamin D deficiency, defined as a vitamin D level of less than 20 ng/mL (or 50 nmol/L) was found in 10.3% of the children.2 Further, those with a deficiency at the start of the study were 1.8 times as likely to display behavior problems in later childhood, when they were 11 to 18 years old.3

“Children who have vitamin D deficiency during their elementary school years appear to have higher scores on tests that measure behavior problems when they reach adolescence,” Eduardo Villamor, professor of epidemiology at the University of Michigan School of Public Health, said in a news release.4 This includes more “externalizing” problems, such as aggressive and rule-breaking behaviors.

Low levels of vitamin D binding protein, which transport vitamin D in the blood, were also linked to aggressive behavior and symptoms of anxiety and depressive mood compared to higher levels.5 “Based on the large-scale cross-sectional study in a German population-based sample of children and adolescents we detected inverse associations between 25(OH)D [vitamin D] concentrations and both parent- and self-rated SDQ scores of the total difficulties scale and different subscales with the strongest association in the subsample aged ≥12-<18 years for both genders,” the researchers explained.8

Vitamin D receptors exist in the human brain,9 hinting at the importance of this vitamin in mental and emotional health. It’s believed that vitamin D regulates more than 200 different genes by binding to vitamin D receptors that are responsible for driving a number of biological processes.10 Low levels of vitamin D have, in fact, been linked to a number of psychological disorders, including anxiety, depression and schizophrenia.

It likely influences psychological health in a number of ways, including by modulating inflammation, regulating proteins that fight free radicals and increasing the synthesis of brain-derived neurotrophic factor, which may play a role in schizophrenia.

Taken together, vitamin D exerts a neuroprotective role in the brain.11 Writing in the journal Children, Dr. Joy Weydert of the department of pediatrics at the University of Kansas Medical Center explained:12

Vitamin D affects the proteins directly involved in learning, memory, motor control, and social behavior, and is closely associated with executive functioning such as goal-directed behavior, attention, and adaptability to change.”

Vitamin D deficiency in utero may harm the brain

Getting enough vitamin D, via sensible sun exposure or supplementation, is one of the most straightforward strategies you can use to protect mental health, and this is true even in utero. In one study, children who were vitamin D deficient at birth had a 44% increased risk of developing schizophrenia as adults.13

“Lack of vitamin D during brain development may alter a number of outcomes, including brain volume, neurochemistry, the expression of genes and proteins and behavior, the researchers explained.14 Weydert added:15

“Studies are starting to reveal the neurohormonal effects of vitamin D on brain development and behavior, with a link to mental health disorders. Many of these effects start well before the birth of the child, so it is important that each pregnant woman be assessed for vitamin D deficiency and supplemented for the best possible health outcome of the child.”

Along with behavior problems and schizophrenia, other mental health problems associated with vitamin D deficiency include depression, seasonal effective disorder and autism.16

In the case of depression, Weydert explained, “Vitamin D deficiency decreases the expression of the enzyme catechol-O-methyl transferase (COMT), required for dopamine and serotonin metabolism.”17In adolescents with low levels of vitamin D had improved depressive symptoms after vitamin D supplementation.18 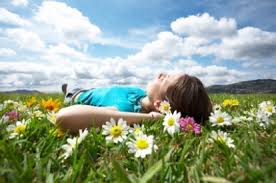 How much vitamin D is ideal?

The level you’re aiming for is between 60 and 80 ng/mL, with 40 ng/mL being the low cutoff point for sufficiency to prevent a wide range of diseases, including cancer. Yet, as Weydert noted, “Current recommended doses of vitamin D supplementation fall short of what is needed to obtain ideal serum levels.”19

Research suggests it would require 9,600 IUs of vitamin D per day to get 97.5% of the population to reach 40 ng/mL,20 but individual requirements can vary widely, and you’ll need to get your levels tested to ensure you take the correct dosage required to get you into the optimal range.

Regular sunlight exposure is the ideal way to optimize your vitamin D (as well as glean the other health benefits of sun exposure), but many people have difficulty getting out in the sun, whether it’s due to working indoors, weather or physical limitations. As such, many will need to take an oral vitamin D3 supplement, especially during winter months.

The only way to gauge whether you might need to supplement, and how much, is to get your level tested, ideally twice a year, in the early spring, after the winter, and early fall when you level is at its peak and low point.

GrassrootsHealth makes testing easy by offering an inexpensive vitamin D testing kit as part of its consumer-sponsored research. By signing up, you are helping further vital health research that can help millions in coming years. (All revenues from these kits go directly to GrassrootsHealth. I make no profit from these kits and only provide them as a service of convenience to my readers.)

GrassrootsHeallth is also working to end vitamin D deficiency in children and pregnant women, and believes a new standard of care should be implemented for pregnant women that involves vitamin D testing three times during pregnancy and maintaining blood levels of 40 to 60 ng/mL.

Although such testing is not yet widespread, you can request a vitamin D blood test from your health care provider or, if you’re a woman who is between 12 to 17 weeks pregnant, enroll in GrassrootsHealth’s Protect Our Children NOW! Project. Vitamin D deficiency is often defined as having a serum (blood) level of vitamin D below 20 ng/mL. Using these parameters, 40% of the U.S. population may be vitamin D deficient.21 However, in order to truly protect your health, anything below 40 ng/mL (100 nmol/L) should be considered deficient.

For example, research has shown that once you reach a minimum serum vitamin D level of 40 ng/mL, your risk for cancer diminishes by 67%, compared to having a level of 20 ng/mL or less.22 If the deficiency cutoff were to be moved to 40 to 60 ng/mL, vitamin D deficiency rates in the U.S. would skyrocket.

Even using 20 ng/mL, vitamin D deficiency in children is “very common,”23 and children, like adults, should obtain regular sun exposure or take vitamin D3 supplements to ensure their levels are in the optimal range. It’s important to note that vitamin D supplementation must be balanced with other nutrients, namely vitamin K2 (to avoid complications associated with excessive calcification in your arteries), calcium and magnesium.

The finding that low vitamin D in childhood may lead to behavioral problems in adolescence highlights the importance of maintaining optimal vitamin D throughout life. Beyond its effects on mental health, a deficiency in vitamin D has been implicated in such problems as multiple sclerosis24and chronic heart failure.25

Vitamin D also significantly reduces oxidative stress in your vascular system, which can prevent the development of heart disease.26 In addition, optimizing your vitamin D levels is one of the absolute best flu prevention strategies available and can also slash your cancer risk.

Previous research found that a vitamin D level of 47 ng/ml was associated with a 50% lower risk of breast cancer, for instance.27 Vitamin D has a favorable effect on immune health, mental health and life expectancy, and, overall, if everyone in North America optimized their vitamin D levels, it’s estimated that:28

If you’re unsure of your own, or your children’s, vitamin D levels, getting your levels checked is the first step to optimization. Weydert goes so far as to state, “One can choose to measure 25(OH)D levels to document vitamin D deficiency, but with the widespread findings of insufficiency and deficiency in most cultures, it is relatively safe to start vitamin D supplementation without this information.”29

That being said, if you opt to go this route, be sure to get levels tested going forward, so you can determine the right vitamin D dose to maintain optimal levels.

A growing body of evidence shows that vitamin D plays a crucial role in disease prevention and maintaining optimal health. There are about 30,000 genes in your body, and vitamin D affects nearly 3,000 of them, as well as vitamin D receptors located throughout your body.

According to one large-scale study, having optimal vitamin D levels can slash your risk of cancer and can help prevent at least 16 different types of cancer, including pancreatic, lung, ovarian, prostate and skin cancers.

Meanwhile, recent research suggests high doses (4 grams) of the omega-3 fats EPA and DHA may help improve healing after a heart attack. Other benefits of omega-3 fats include prevention of lupus and Parkinson’s disease, decreased anxiety, healthier and stronger bones, as well as fighting fats in the body.