You see the signs everywhere now – “Get your Free Flu Shot” or “Flu Shot Season is Here,” and even “Be a Flu Fighter,” and then of course there’s “Keep Calm and Get Your Flu Shot.” If you work at a hospital, and you don’t want to risk getting mercury injections, you risk your job. The flu jab is a “must” and you will feel the pressure from the crazy “vaxxers,” that mob of sheeple who have been brainwashed to believe it works and that it’s “better safe than sorry.” They couldn’t be more wrong. 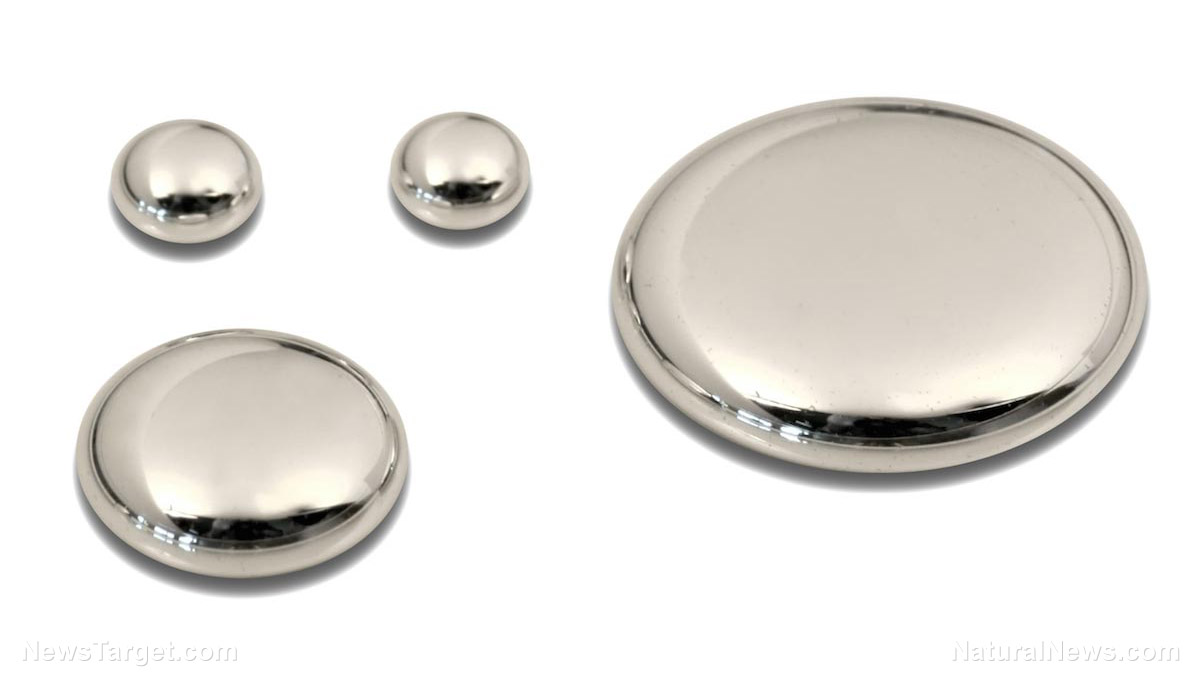 Mercury just happens to be the most toxic non-radioactive element on earth, and it’s used as a preservative, in the majority of flu shots. You see, most flu shot needles are jabbed into the same vial, which exposes the influenza virus strains to bacteria, and mercury is a cheap way to stave off contamination, but then there’s the problem with your brain and central nervous system. Plus, several influenza shots also contain aluminum. What’s the big deal with that, you ask?

One scientific fact most Americans do not know is that aluminum (listed as aluminum phosphate) in vaccines greatly increases the toxicity of mercury (listed as thimerosal), therefore caution about minimum mercury tolerance is severely underestimated. There is NO safe amount of mercury for the human body to ingest, especially through vaccines that are injected directly into muscle tissue, bypassing all normal toxin filters, like the lungs, skin, and digestive tract.

Still going to get your shot? Sure hope you didn’t already. Don’t fall for all that “peer pressure” or those work “politics” of medicine. If so, you’re going to want to run to the health food store and buy some chelators of heavy metal toxins, and maybe some liver and kidney cleanse supplements. The mercury in vaccines fraud cover up dates way back too.

Thimerosal’s efficacy was challenged extensively during its first 50 years of use, dating back to the early 1920s, but the American Medical Association (AMA) ran reports snuffing out any concerns with “organomercurials.” It was easy too. They lied about assessments and covered up contamination incidents. As stated in TruthWiki, “America would never be the same. Propaganda and cover ups kept thimerosal in popular practice and use, despite all the voices of dissent.”

Check this out. There are 25 mcg in one average flu vaccine. That’s 25,000 times more mercury than the EPA warns us about in fish and drinking water. Oops. You were saying? Plus, aluminum phosphate massively increases toxicity of mercury in vaccines, so the safety limits set by the CDC and EPA are fundamentally wrong, and this is never taken into consideration by any medical doctors. They can’t say a word even if they do.

The systemic risk in any influenza or infectious disease inoculation has yet to get evaluated. In other words, no vaccines can be considered safe. But wait, there’s more.

Mercury is not even safe in your mouth, and a dentist proves the mercury vapor is being emitted from amalgam fillings, even at room temperature

Ever stand right in front of a microwave oven while food or beverage is heating up? Did you know that if you have amalgam dental fillings, the metal alloys, including mercury, can expand and emit toxins into your body and brain? Just how much mercury, you may be wondering, is released from those fillings? Well, amalgam or “silver” fillings typically contain 50 percent mercury, and the rest is a blend of silver, tin and copper.

Most dentists actually have no clue that they’re exposing their patients, their staff, and themselves to mercury toxicity when they remove these fillings to replace them with composites, crowns or bridges. The supposed “consensus” is that there’s no danger, and they’ll all tell you the same regurgitated AMA-spoon-fed lie if you ask, or say there’s not enough to worry about. Think again, friends. Think again.

In the video embedded below, a general dentist uses a mercury vapor analyzer, the same kind used in industry applications by the US government, to demonstrate just how much TOXIC MERCURY VAPOR gets emitted from a sample amalgam filling. Get ready to have your mind blown.

Yes, Dr. Yiannios, as featured in this YouTube video, is a holistic dentist who helps people get poison safely out of their mouths that America’s quack dentists put in there. This holistic doctor takes it very seriously. He also happens to be a member of the International Academy of Oral Medicine and Toxicology, for all you quacks that are going to try to call him a quack for calling out this dental atrocity and verifying it with science. That is actual science-based medicine.

So go ahead and take one good guess why most flu shots are free. Go ahead, think about it. We’ll wait. It’s because they make you sicker and that rakes in big business for Big Pharma. The flu shot makes you MORE vulnerable to the flu next year, and if you do get it (probably from the shot), you’ll more than likely have a worse case of it because you got the “free” flu shot. Big price to pay on the back end. Get it? Tune in to BigPharmaNews.com to find out how vaccines are actually used to spread diseases, including Polio and cancer.