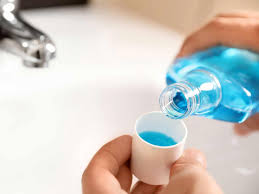 You’re probably aware that the bacteria in your gut play an integral role in your health, affecting everything from heart health to brain function. It’s not only gut bacteria that matter, however, as bacteria elsewhere on and in your body are also important, including those in your mouth.

Unfortunately, people have long been advised by well-meaning dentists to use mouthwash to kill oral bacteria and freshen breath. But just as is the case in your gut, if you kill off bacteria in your mouth, you’re wiping out both good and bad varieties, which puts your health at risk.

The bacteria in your mouth are thought to play a role in blood pressure via nitric oxide (NO), a soluble gas stored in the lining of your blood vessels, called the endothelium. NO is produced inside your endothelial cells from the amino acid L-arginine, where it acts as an important signaling molecule throughout your body.

Along with promoting healthy endothelial function and heart health, NO supports healthy blood flow by helping your veins and arteries dilate. This, in turn, allows vital oxygen and nutrients to flow freely throughout your body. NO also plays a protective role in your mitochondrial health, the energy storehouse of your cells, responsible for the utilization of energy for all metabolic functions.

Dietary nitrates, which are found in foods like beets and leafy greens, are converted into nitrites by oral bacteria during chewing. Writing in Frontiers in Cellular and Infection Microbiology, researchers led by Nathan Bryan, Ph.D., from the department of molecular and human genetics at Baylor College of Medicine in Texas, explained the details of how a healthy, balanced oral microbiome assists the conversion of dietary nitrate into NO:1,2

“The oral microbiome has the potential to provide an important symbiotic function in human blood pressure physiology by contributing to the generation of nitric oxide (NO), an essential cardiovascular signaling molecule. NO is produced by the human body via conversion of arginine to NO by endogenous nitric oxide synthase (eNOS) but eNOS activity varies by subject.

Oral microbial communities are proposed to supplement host NO production by reducing dietary nitrate to nitrite via bacterial nitrate reductases. Unreduced dietary nitrate is delivered to the oral cavity in saliva, a physiological process termed the enterosalivary circulation of nitrate.”

The problem with mouthwash is that most contain antiseptics like chlorhexidine, which has been used in dental practice since 1970 and has broad-spectrum antibacterial activity.3 The antiseptic has been found to reduce bacteria associated with periodontal disease and dental caries, as well as reducing bad breath,4 leading many dentists to recommend their patients swish with mouthwashes containing it once or twice a day.

Chlorhexidine (CHX) does not act in a bubble, affecting only “bad” bacteria, however. It also affects the bacteria your mouth needs for a healthy microbiome. For their study, Bryan and colleagues used 16 S rRNA gene sequencing and analysis to determine how the use of chlorhexidine-containing mouthwash twice a day for one week affected oral bacteria and blood pressure in 26 study participants.5

The use of the mouthwash twice daily was associated with a significant increase in systolic blood pressure after one week, while once the mouthwash was stopped, “recovery from use resulted in an enrichment in nitrate-reducing bacteria on the tongue.”6

Differences in more than 10 species of bacteria living on the tongue were noted after mouthwash use, including lower microbial diversity after one week of use,7 while those with relatively high levels of bacterial nitrite reductases had lower systolic blood pressure when at rest.

“The demonstration that the presence of NO-producing bacteria in the oral cavity can help maintain normal blood pressure gives us another target to help the more than 100 million Americans living with high blood pressure,” Bryan said in a news release, adding:8

“We know one cannot be well without an adequate amount of NO circulating throughout the body. Yet, the very first thing over 200 million Americans do each day is use an antiseptic mouthwash, which destroys the ‘good bacteria’ that helps to create the NO. These once thought good habits may be doing more harm than good.”

Other research, including a study that followed 1,028 people over a period of three years, revealed similar mouthwash risks. Those who used mouthwash twice a day or more were more likely to develop high blood pressure than those who used it less often or not at all.9 Writing in Scientific Reports, another team of researchers noted:

“Additionally, we and others have recently shown that the use of CHX in healthy subjects can attenuate the nitrate-reducing activity of oral bacteria by at least 80%. This in turn leads to lower nitrite availability and an increase of blood pressure, suggesting that the oral microbiome can regulate cardiovascular health in healthy individuals and hypertensive patient.”10

As you might suspect, the indiscriminate killing of bacteria in your mouth via harsh antiseptics like chlorhexidine has far-reaching implications, even beyond your blood pressure levels. Twice-daily use of mouthwash has been linked to an increased risk of prediabetes and Type 2 diabetes, for instance, again by affecting oral bacteria critical for the formation of nitric oxide, which predisposes individuals to metabolic disorders like diabetes.11

As it’s becoming more apparent that regularly exposing your oral microbiome to antiseptics in mouthwash is problematic, researchers have taken on increased interest in the topic, including a team that investigated multiple effects of chlorhexidine mouthwash after seven days of twice-daily use.

Thirty-six individuals used a placebo mouthwash for one minute, twice a day for one week, followed by a CHX mouthwash using the same protocol for another week.

“CHX significantly increased the abundance of Firmicutes and Proteobacteria, and reduced the content of Bacteroidetes, TM7, SR1 and Fusobacteria.

This shift was associated with a significant decrease in saliva pH and buffering capacity, accompanied by an increase in saliva lactate and glucose levels. Lower saliva and plasma nitrite concentrations were found after using CHX, followed by a trend of increased systolic blood pressure.”12

Oral care products containing chlorhexidine are also widely used in hospitalized patients, including those who are critically ill, in order to maintain oral health. But when researchers compared patients exposed to low levels of chlorhexidine oral care (300 milligrams or less) with those not exposed, those receiving chlorhexidine products had an increased risk of death.13

“These data argue against the indiscriminate widespread use of chlorhexidine oral care in hospitalized patients, in the absence of proven benefit in specific populations,” they concluded.14

In my interview with Dr. Gerry Curatola, founder of Rejuvenation Dentistry who has over 30 years’ experience in biological dentistry, he discusses that achieving oral health is really about promoting balance among the bacteria in your mouth.

Probiotics do not work in the oral cavity the way they do in your gut, so it’s not as simple as adding beneficial bacteria to your mouth. Rather, as an initial step, you need to cease killing microbes in your mouth, and a key way to do this is by not using antimicrobial mouthwashes and by avoiding fluoridated toothpaste.

“In the mouth, you don’t want to have a ‘scorched earth policy,’ nuking all bacteria and hoping the good bugs come back,” he says. “[G]ood bugs basically have a harder chance of setting up a healthy-balanced microbiome when you disturb them, denature them, or dehydrate them with alcohol-based products.”

A natural alternative to mouthwash would be oil pulling with coconut oil, which has a lipophilic effect, helping to eliminate unhealthy biofilm from your teeth. While it does have a natural detergent effect, it doesn’t do the damage chemical detergents do. Coconut oil also contains a number of valuable nutrients helping promote oral health. “If you don’t have a good nutritional that promotes oral microbiome homeostasis, coconut oil pulling is great,” Curatola says.

Another tip: If you want a healthy oral care rinse, Curatola suggests rinsing with some Himalayan salt dissolved in water, as it contains more than 85 different microminerals. Additional nutrients that support gum and oral health are vitamin C and coenzyme Q10 (CoQ10), as bleeding gums is often a sign of CoQ10 deficiency.

Your Lifestyle Can Lead to Healthier Teeth

Proper oral hygiene, including regular brushing and flossing, and getting regular cleanings with a mercury-free biological dentist, will go a long way toward keeping your teeth and gums healthy, but your lifestyle, including your diet, is also important.

Your risk of cavities increases the more sugar you eat, for instance. One study found that, in order to minimize your risk of cavities, sugar should make up no more than 3% of your total energy intake (with 5% noted as a “pragmatic” or more realistic goal).15

Mineral deficiencies, like magnesium, can also weaken bones and teeth,16 while vitamin K2 is crucial for bone mineralization; unless you have a regular source of healthy nonpasteurized fermented foods in your diet, there is a good chance you will be deficient in this important nutrient.

Dr. Dominik Nischwitz, author of “It’s All in Your Mouth: Biological Dentistry and the Surprising Impact of Oral Health on Whole Body Wellness,” is another expert who firmly believes cavities and resulting problems can be avoided altogether by following an optimized lifestyle program for oral health including ideal levels of sun exposure and nutrition, and avoiding toxins and certain dietary culprits such as gluten and dairy.

Unfortunately, dentistry remains distinctly separated from the field of medicine, even though it’s widely known that your oral health is intricately connected to your overall health. For best results, choose a biological dentist who understands the connection and can advise you on steps that will not only support your oral health but your health as a whole as well.