The Inga Foundation from Adam Wakeling on Vimeo.

There’s a ‘wonder tree’ in Honduras that’s acting as a game-changer—creating organic farming livelihoods, climate resistance, and hope to farmers in the Central American nation and elsewhere. 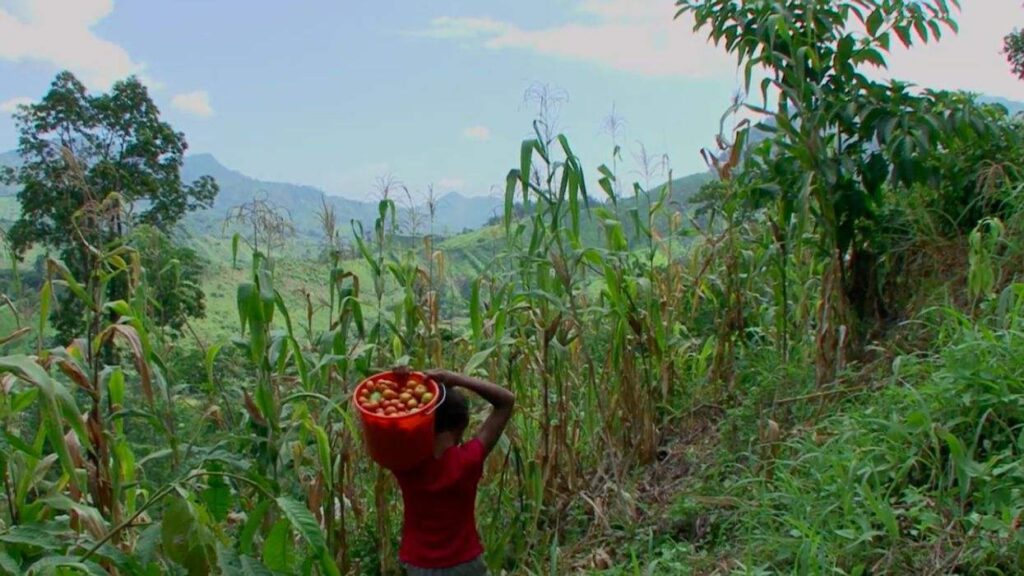 Because of this tree, the oft-used method of tropical land clearance—which tragically tends to yield one good crop, without another one ever following—is being replaced with another form of agroforestry that ticks every box, and which has rural farmers running towards regenerative farming methods.

This form is called Inga alley cropping. It has been pioneered by a British surveyor in Honduras named Dr. Mike Hands, and the method is built around one special tree class called Inga. This member of the legume family contains over 300 varieties, and its endemic characteristics gave Hands the basis of his revolutionary form of agroforestry.

It would go on to be described as the tropical equivalent of ‘turning water in to wine’ by the Independent and the Guardian—who named Hands one of the top 50 humans saving the planet.

“In the 80s, he worked in about a dozen tropical countries and everywhere it was the same story of slash and burn, where a family could raise a crop one year, and the next year the crop failed; and scientists couldn’t explain why,” says Lorraine Potter, a spokesperson for the Inga Foundation, a non-profit looking to transform the lives of rural Honduran families through Inga alley cropping.

250 million farmers worldwide are estimated to practice slash and burn agriculture—the carbon released from the burned trees and soil is calculated to contribute to 73% of greenhouse gas emissions from the developing world’s agriculture.

“He was trying to figure out why these systems failed, and why families had to keep burning three acres one year and another acre the next year… and he made a breakthrough and found out it was the phosphorus that was depleted,” says Potter.

One of the 17 essential nutrients for plants, and one whose functions cannot be performed by any other, plants can’t last long without adequate phosphorus,  and it would turn out the phosphorus in the soil was being depleted or washed away without properly being replenished.

Dr. Hands would go on to trial a dozen different species before settling on Inga, despite being cautioned against it.

Potter explains that an Inga alley is like a bowling alley—where the gutters are is where the trees grow, and in the lane is where the crops grow. Hands’ configuration of placing the trees just 20 centimeters apart, less than what most seed packets will advise for cabbage plants, created the perfect conditions for both food crops and cash crops.

But why and how does it work? It starts with the sheer uniqueness of the Inga tree.

Inga can grow up to 25 feet in the first year of its life, and is tolerant of poor soil conditions, heat and drought, and flooding. Its broad leaves partly shadow the ground below—enough to prevent crops from overheating and weeds from taking over, but not enough to block out the sunlight from reaching the crops.

Being a member of the legume family, Inga is a nitrogen fixer. This means it pulls nitrogen out of the air, and stores it in its roots, where a family of bacteria add a hydrogen atom and convert it to ammonia, allowing plants to consume it. All plants need nitrogen. It’s why fertilizer is made, and nitrogen fixers are a necessary part of any permaculture or regenerative agricultural model.

At about 16-18 months of life, the Inga trees in the alley are cut to chest height, giving families all the firewood they need, and covering the ground in the leaves, which decompose and re-energize the soil below.

“The first year they recruited 40 families. The families were concerned: How does planting trees give them food?” says Potter, explaining the infancy of the Inga Foundation, which recently won the Ray C. Anderson NextGen Award along with a $100,000 grant to practice Inga alley cropping.

“So they planted half their crop with the Inga alleys and the other half they did their normal slash-and-burn planting. There was a horrific storm of about six inches of rain. It washed away all their slash-and-burn crops, [but they got] a crop with their Inga alleys,” said Potter. “So everyone immediately wanted to plant the rest of their land with Inga alleys.”

After that, she would say, no more families would have to be recruited, and now there are 300 families in the surrounding valleys practicing Inga alley cropping.

Following the realization that they could plant all their normal food crops with the Inga alleys, the farmers turned towards cash crops. They’ve so far grown black peppercorns, cacao, turmeric, chilis, cardamom, vanilla, citrus, and others produce.

This generates legitimate revenue, allowing the farmers to improve their lives. These products are awaiting ‘Organic’ certification, which they meet easily due to the regenerative nature of the model—both in terms of natural weed control ending the need for pesticides and herbicides, and the use of organic fertilizer during the trimming season.

Interestingly enough, as the success of the Inga alley cropping has grown, the farmers have begun pushing the envelope. Some have started growing low-maintenance fruit trees, while others are actually reforesting the areas of land they used to decimate with fire.

Others are planting hardwoods to augment the forest environment and provide further opportunities for income and food security. These include Cordia megalantha, which is used to make high-quality furniture, but also produces sweet-ish tasting fruit, and other luxury hardwoods like mahogany and Dalbergia.

CHECK OUT: This 2-Acre Vertical Farm Produces More Than ‘Flat Farms’ That Are Using 720 Acres

It may be largely about generating food and an income for the farmers, but the world benefits from their efforts, as between 2012-2019, the Inga Foundation has calculated that over 284,000 tons of CO2 have been sequestered or avoided through the use of Inga alleys. This number will come to 450,000 tons by the end of 2021.

It’s truly amazing what one man, in the right place, next to the right tree, can do.

(WATCH the Inga Foundation video about their work below.)