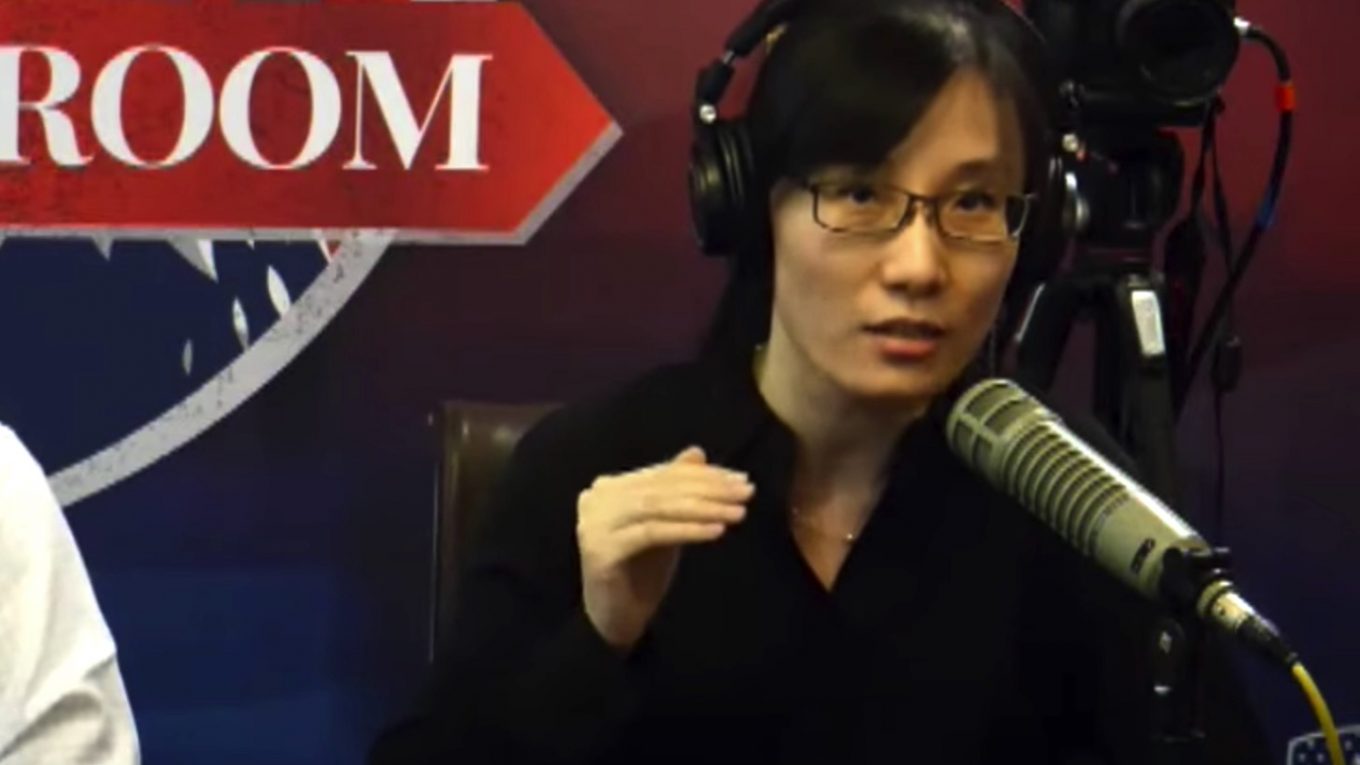 Whistleblower Li-Meng Yan appeared this July 30 on Ep 308 of the War Room Pandemic, hosted by Steve Bannon and Jack Maxey.

She explains the role of hydroxychloroquine, how it is used in China among high-ranking officials, and how she herself takes it.

At the time of the COVID-19 pandemic she was employed at the Hong Kong School of Public Health, Hong Kong University, conducting research specialized in virology and immunology.

She is one of the first scientists who worked on the coronavirus in Wuhan, back in December last year. She said she warned very early on her superiors about the grave dangers posed by human to human transmission, but her warnings were not taken into consideration.

She flew Hong Kong and is now in hiding in the US.

Here are key excerpts of what Dr Li-Meng Ya said on the program.

“Hydroxychloroquine of course is not a magic drug. There is no magic drug in the world. But in such urgent situation, when faced with a global public health crisis, we should consider the situation and try to find a comparable useful and effective drug to save people’s lives.”

“There are no CCP high-level officers, including our chairman, our vice-chairman and all these people, they don’t get infected. Also, as our intelligence shows in the military hospital and in some big hospitals,  doctors also take this drug. That’s why they can get protected. …”

“This drug at this moment can save thousands of thousands of lives. Why there are such big obstacle to stop using it?”

“Let me talk back about the mechanism of HCQ. I’m sure Dr F.  is a medical doctor and he has known that since back to 2005 this drug

has been used to show as effective for anti-SARS.”

“When we talk about the enhanced version of SARS-COVID-2, why you cannot use it to prevent it?”

“Anti-malaria treatment and also prevention has shown that HCQ is a long-term use and safe drug even for pregnant ladies and children for long-term use, just considering the safe dose.”

“Of course, Dr F. has talked about the evidence. Let’s talk about scientific evidence, from the mechanism to anticipate

the cytokine storm. And also prevention to how these drugs can be applied as a safe drug for long-term use.”

“If you come back to check the clinical data that have been shown pro HCQ or against HCQ, as a doctor, as a scientist, it’s not difficult for people to realize which side has better scientific quality.” …

“I can tell you, for myself, I take it as prevention every day now.”

“I can tell you as myself i’ve been doing that since February 2.  So have my 85 year old parents. My mother now says she’s never going to stop taking it because her rheumatoid arthritis has been cured but this is something that is just unbelievable to me and we’ve seen this around the world this idea that this has … uh … problems with the heart that it causes toxicity”

“But the World Health Organization, we’ve covered this before, did a study in 2017 that looked at almost five million courses of this dosage in Africa, and could find almost no mortality no drug has side effect.”

“All drugs have side effects. You cannot find a drug without side-effect. You know, water has side effect.”

And Maxey to conclude the segment with:

“She’s absolutely right. I can guarantee you, more people die from liver problems from Tylenol every year in America than from hydroxychloroquine.”

In a next segment, Dr Dr Li-Meng Ya indicates again that hydroxychloroquine is used by high ranking officials and some medical doctors in big and military hospitals.

>>  The Esteemed Professor David Katz Weighs in on Hydroxychloroquine

But she says that information has definitely not reached everyone in mainland China, including medical staff and other high risk staff.

“Because what the Chinese government, the WHO and their colleagues try to do: they want the people to believe there are no drugs for COVID-19, no good drugs.”

“If you know this, how could they get the funding … for vaccine development and all these things …”

“That’s why they try to cover it up, try to mislead people, even if we lose a lot of people’s lives.”